Home
You are here: Home / Family + Parenting / Letters To... / Dear Boys- That Championship Trophy Means Nothing and Everything 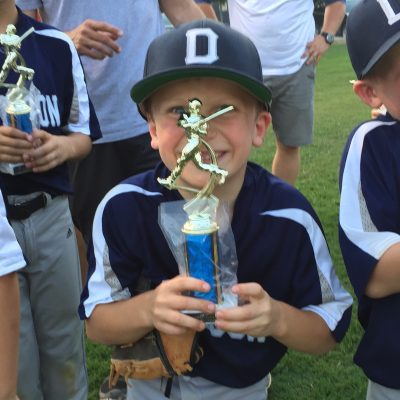 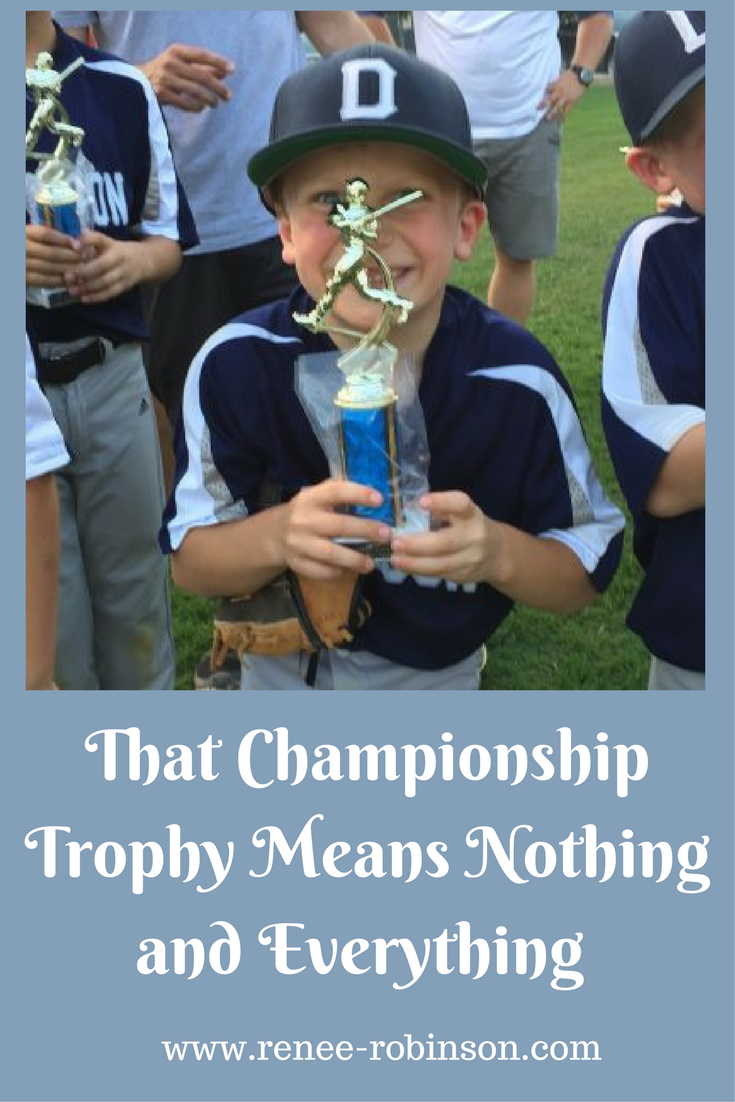 Which season stands out most to you? If you are honest, you are thinking of your glory season, of crushing teams, bulldozing your way to the championship. You tasted victory. You liked it and wanted more. It fed something inside you without you realizing it.

I want to think on those highly victorious seasons for a moment and ask that you view through an alternate lens momentarily. As a mom, I’ve watched each of you through these various seasons, and the thing I’ve walked away with is that your character is more developed and your heart is more refined and purified during the seasons with little to note externally. It’s a picture of life really.

In fact, if you are still being open-minded with me here, I’d go so far as to suggest that the seasons of total domination have actually created in your hearts a self-centered, win-hungry monster. One that thinks about yourself, your desires, your path to get there. It’s human nature. It’s the culture we live in.

Then we compare that with the seasons less noteworthy. The ones perhaps where you lost more than you won. A little of your love and passion for the game seemed to be lacking because you were focused on that one thing. Those big wins. The ones that proved you were the best team out there.  Pride wears several masks. Know what they look like.

We all love to win. Why else do we play a game if not to win, right? I get that. I love a good competition. The rush of adrenaline. We typically play our best when we are out to win. I love the drive in each of you to win, to finish strong. But there is a caution worth noting. When you happen to be on a team that wins game after game, you begin to feed the monster inside that becomes all about you. You laser in on winning at all costs, you start to shout from the rooftops the landslide scores, your undefeated record, or your high win record. It becomes all about you and the win.

I wonder if you noticed the little boy on the other team who struck out almost every at bat. Did you find yourself so striving for the clear win that you were cheering on his defeat a little too loudly? I wonder if when you were playing the field, and your team got out runner after runner, if you remembered to offer a few kind words to the opposing player. Maybe a “good run”, “nice hit”, something of encouragement for the effort expelled.

I’m not suggesting you should feel guilty for the wins and victories. I’m simply asking if in the middle of your own personal glory, did you think of anyone outside of yourself?

Baseball is a little about the game and a lot about life. Life is best lived when it’s nothing about us and it’s all about Him. When it’s all about Him, we love others fiercely. When we love others well, we simply don’t think about ourselves at all. Suddenly, the win is secondary. Still sweet. Still satisfying. But only secondary to living with a passion for loving others because we are freed by the love of Christ.

Play the game of baseball to win because then you are playing as if unto the Lord. Do everything as if you are doing it for Him. But represent Him well. Imitate Him. Model Him. When you play to win because you are doing all things for the glory of God, you will care about others in such a way that you’ve already won. The true win will live in your heart. And the trophy win, well, it’s a nice accessory, but it’s not the main thing.

That’s why I’d rather you be on a team that wins some and loses some. Because that is life. In life you don’t win every game. You strike out. A lot. A wrong call is given to you. A lot.You walk. A lot. Then you get the home run. And it’s sweet. You slide into second….just in time. It’s sweet. Because you have the experiences that differ to weigh the scales into balance.

Baseball is rarely an experience where the scale hangs far to one side. Same with life. When something happens that weighs down the left side, right behind it is something to bring down the right side of the scale. Bringing it all into balance. Balance is the sweeter spot. It’s the place you’ve tasted the different extremes. The place your heart begins to check its true motives and intentions.

It’s awesome to win. In that moment, do a check on your heart. Are you celebrating that your team put it to the other team? Or is your heart celebrating that you gave everything you had as if doing it for the Lord and in the process you gave more thought to the players around you than to yourself? Did you shine a light to your teammates and the opposing players? Did you model humility? Did you speak with respect even when frustrated? Did you choose to be slow to speak and slow to anger when a call didn’t go your way or your team’s way?

You see baseball is a team sport. It’s not a sport all about one person. Life isn’t about you. It’s about Him and through that it becomes about others.

When you happen to be on a team that puts a serious beating on every team you play, you begin to think more highly of yourself than you ought. Hear me. Life isn’t about you. It’s really not. Don’t believe the lie of the world.

With all my love, 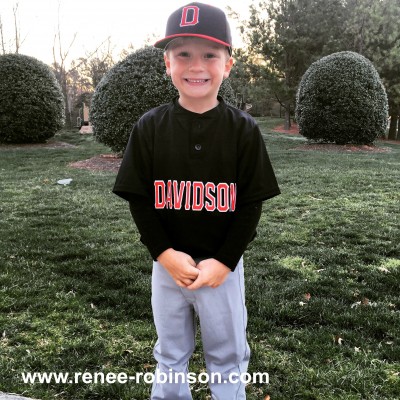 When We Wonder When It Will Finally Be Our Turn

How To Live Fearless In A Scary World