Tag Archive for: electronics and the family

You are here: Home / electronics and the family 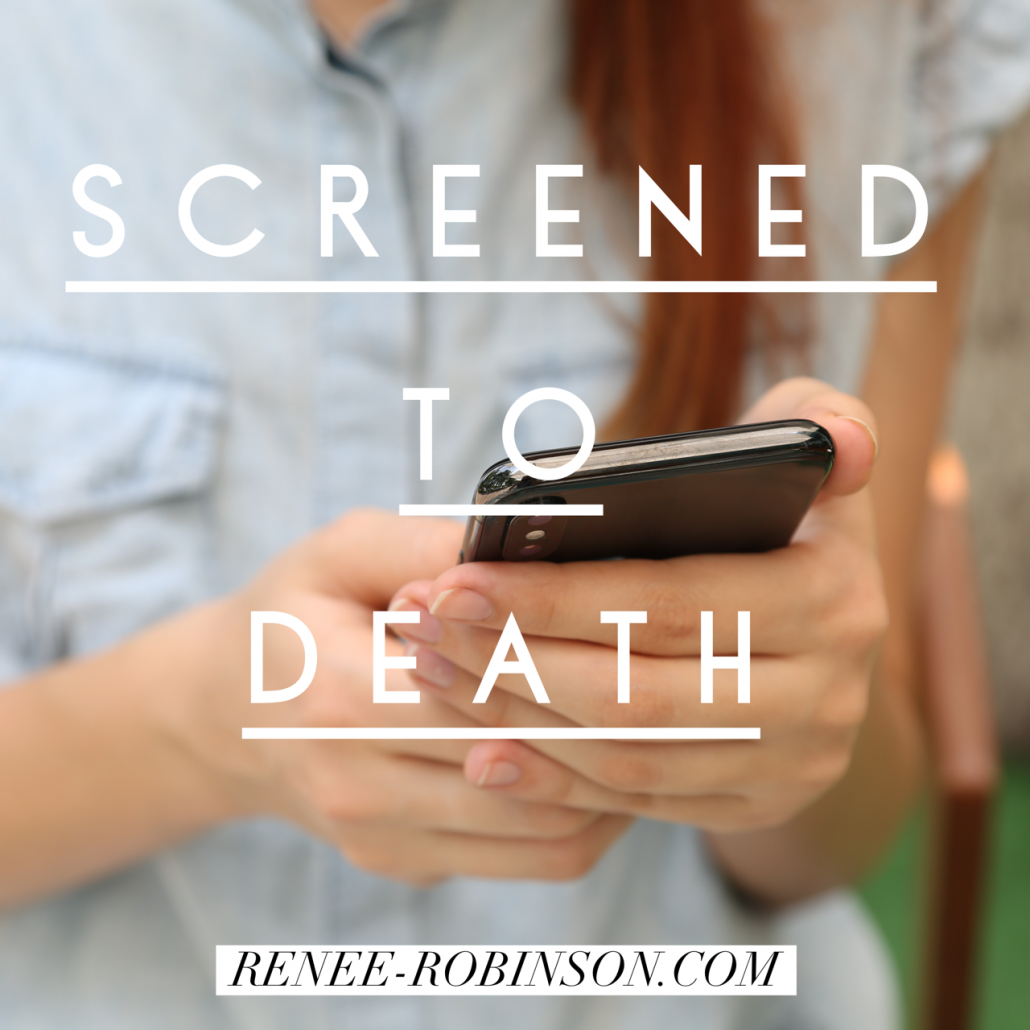 When life loses its wonder

When one of my boys was young elementary, I chaperoned a field trip to an aquarium. Everything we encountered was magical and enchanting, yet a little boy in my group continued to complain, “This is soooooo boring.”

Initially, I ignored him. But he wouldn’t stop.

“When are we leaving?”

Each comment he made sucked the joy right away from all the other kids. The rest of the group quieted down their own excitement. I saw these other kids question what they thought was cool and exciting.

I asked the little boy, “What do you think is fun?”

A rock wrapped my heart and pulled it straight to the depths of my stomach.

Of course this kid was unimpressed with life. His brain was being rewired. He was being screened to death.

Video games seem innocent. They are not.

The goal is to addict

Dig in, do some research on how these games are created. The goal of the developers is to addict our kids. This should be common sense to us. It’s a business. If they can’t hook you, they lose money.

Many tech developers send their kids to tech free schools and their kids aren’t living on screens. They only put them into the world for our kids. Not their own. What does that tell us?

It’s only getting worse. Each new fad game released has to up the bar. It has to beat the game losing its grip.

These games do NOT have your child’s best interest in mind. They have a mission to entertain all the way to addiction.

We are screening our kids to death.

We are killing what could be in them and our families. You may think I’m being overly dramatic.

Listen, satan comes to steal, kill, and destroy. And he comes as an angel of light. And he’s a master deceiver. In other words, we will see and encounter life threatening choices and see them as no big deal.

Parents, we are modeling peer pressure to our kids.

I can’t tell you how many parents have said to me the reason they give in is because all the other parents give in. Lord, have mercy on us.

We are stronger than this, parents. How often do we tell our kids, “Just because everyone else is doing it doesn’t mean you have to.”?

Yet, what do we do when we see all the other parents letting their kids feast on these games? We follow the masses. We let peer pressure decide.

We need to be stronger than we are.

Do you know what I’ve never heard a parent say to me? “I wish smart phones and video games were this popular when I raised my kids.” Never, not once have I heard this.

I am constantly overhearing conversations on this topic. I have to literally bite the sides of my mouth to keep from piping into a side conversation. I listened to a mom and a dad (not married to one another) discussing the problems they were facing with their kids’ attitudes and behaviors they believed linked to video games.

The mom ended by saying, “But the games are really good for them. It teaches social skills because when they go to school they have something to connect over and talk about with each other.”

In the history of the world has social skills ever been a mainstream issue? Nope.

You know why? Because we were created in the image of God for community and relationship. This is what we were made for!!!! We don’t need to be taught how to connect with each other. Especially kids. Kids are so natural and innocent as they enter friendships and relationships. They talk about everything and nothing.

Screens are killing our ability to connect socially.

Screens are creating death in so many forms in the life of our kids, and we must wake up before an entire generation is lost.

Kids need to be bored.

Boredom is a friend of childhood. It is not our role to remove boredom and keep our kids entertained, occupied, and busy. Yes, they drive us crazy when they are bored, but so what? If they see we don’t budge, they will figure out their own boredom issues.

Kids can’t solve problems because we are too good at solving the problems for them. Oh, you are bored, here watch You Tube, play the XBox, watch movies.

In this state of constant screening:

A mind screened to death.

[Tweet “In a mind screened to death, imagination, invention and, insight die.”]

Something powerful happens in boredom. We become still and quiet. Inventive and creative. Deep thinking begins.

A mind never bored never has the opportunity to discover deeper insights. And we all suffer for it.

We are exchanging long term joy for short term convenience as parents when we put a screen in the hands of our kids.

It’s not easy to grocery shop with babies and toddlers. But how else do they begin to learn the world doesn’t revolve around them and their needs and their entertainment. So much life to see at the store, but more often than not all I see are glowing faces of kids head down in a cart.

They don’t encounter the smiles of strangers or small talk with the bagger. They don’t have to worry about developing patience in a long line. They can simply bury their head in a screen, entertained as the subconscious thought develops that their needs, their entertainment is of utmost importance.

As these kids are screened to death, they are numbed to real life. We all lose in the long run.

We are setting up patterns of addiction.

Kids are living on dopamine hits they are saying are as powerful as any drug on the market. We can’t live with our head in the sand over this issue any longer. The research is available. The resources to understand what is happening to their brains is astounding. The question is – do we want to know?

We are partly living not wanting to know. When we know, we suddenly are faced with making choices and decisions we’d rather not deal with.

When we know, we can’t un-know.

Say cocaine was legal, yet I know the ramifications it would have, would I allow my child to enjoy it simply because all their friends were? That’s ridiculous. Of course, I wouldn’t.

Screens are legal, but lethal in many ways. Over time, they kill so much of what could have been. They kill moments. They kill memories. They kill relationships. They kill creativity and imagination. They kill passions and desires.

They are killing families. Suicides and teen depression at record highs. When will we pay attention? When it’s our own kid? Then will we care more?

We have a choice.

It’s never too late to make a change.

It’s easier to set healthy boundaries and patterns when our kids are young, but it’s never too late either.

The last thing I’ll say in this post. I get many letters privately on this topic. I’ve cried over some of them. It’s why I just can’t stop talking about it. One theme I hear repeatedly is that mom and dad aren’t on the same page. I don’t have an answer to this. All I can say is pray. God desires unity.

For more posts on this topic, browse through the Electronics category of my blog.