Home
You are here: Home / Uncategorized / That time God said yes to our impossible prayer request 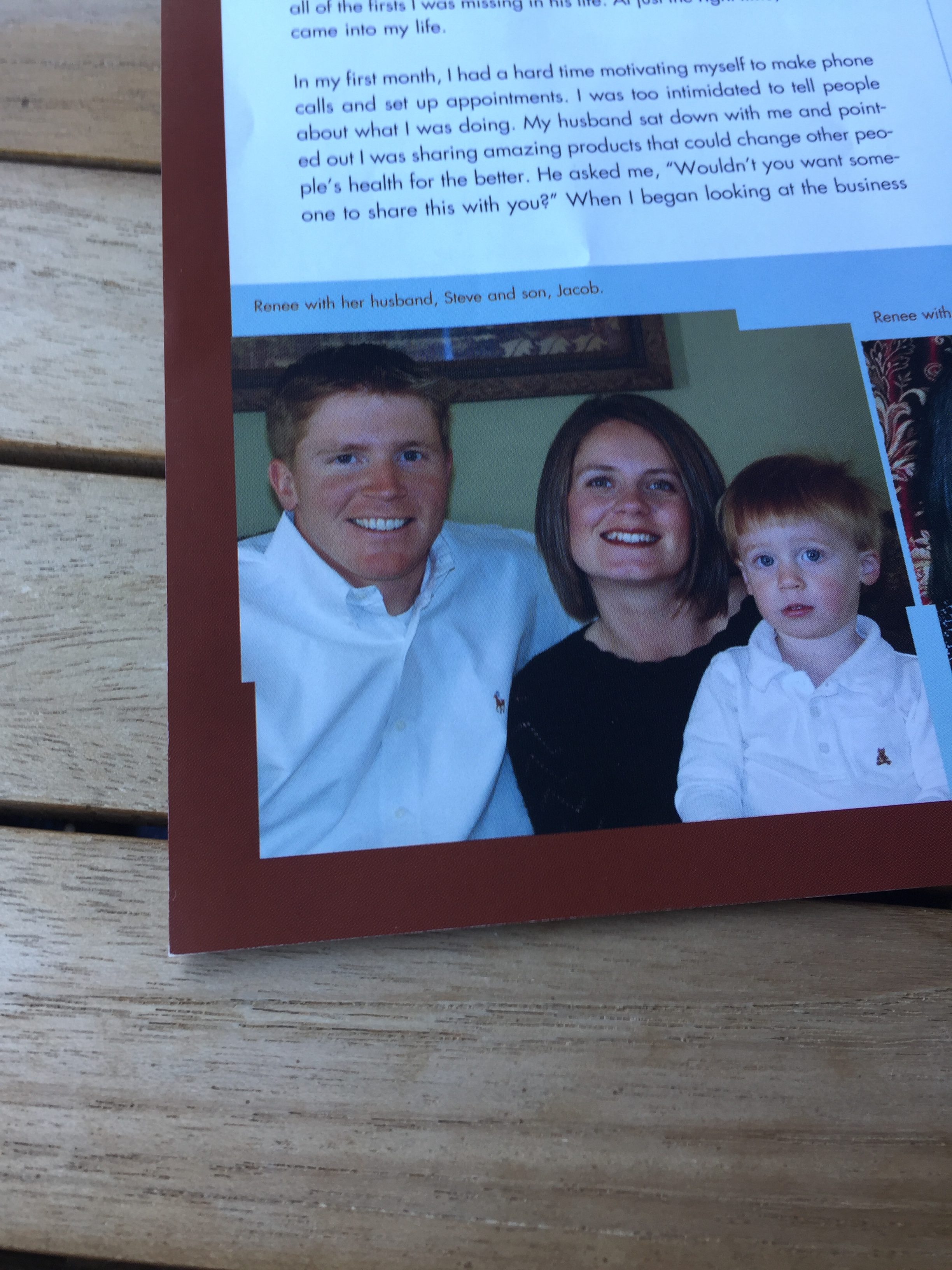 If you’ve been following along, you know I’ve been sharing a little more of my own journey that began before I started writing on this blog.

To read these posts begin here with:

How to overcome overwhelm, achieve our goals, and celebrate victories

I think in following God, it takes giving up our need to know what’s ahead of us. It takes us trusting who we know Him to be as He shows in His Word. It takes actually spending time with Him.

That is the next critical piece of this story. I shared in the last post that at the same time I worked on overcoming my Coke addiction, I began having a daily quiet time with God.

Of everything I’ve ever done in my life, establishing this daily discipline has been the biggest and most life-changing. It’s something you don’t see while doing it. You see when you look back over the years you’ve established the habit.

It started so small I was certain nothing was happening. Yet, God promises His Word doesn’t return void. When I “felt” nothing or “heard” nothing, I kept sitting with Him, reading His Word, and praying. That is it. It started as 5 minutes a day that grew to 10 that grew to an hour. Over many years.

It changed how I think. It has changed who I am completely. It made it so that I know the heart of God. I know His character. When I feel a leading in a direction, I go back to who He is. Does it match? If yes, I can move confidently forward.

I’ve shared before that right out of graduate school, I passed the CPA exam and began working for a firm in Atlanta. I picked that career the best I knew how, which isn’t saying much. How does a 19-20 year old really know what they want to do for the rest of their life? The pressure.

So I used logic and reasoning- very accountant-like. I wanted to be a business woman. I wanted to make a nice income. I was really good with numbers and math. I thought like an accountant. It fit like a glove. Until 3  years into working when Steve and I were soon to have our first child.

Everything I ever aspired towards faded. All I wanted was to be home with my babies. My dreams changed drastically. We began praying fervently for God to provide a way for me to stay home. This seemed beyond impossible. We set up our life on 2 incomes. We built a brand new house, bigger than we needed, requiring a 2 income setup. I was the primary breadwinner. We saw no way at all.

While we saw no way for me to stay at home, I believed with everything in me that I would in fact stay at home with our kids. When Steve and I would discuss it, I talked as if it already happened. I knew the purity of my heart in asking this request. I knew I served a great big God. I was willing to give up the lifestyle. And something about my young faith made me like a child in the asking. I just trusted He’d say yes. So I didn’t need to understand how He’d accomplish it.

This story picks up during the exact time of life I’ve been sharing about. The time when God began to open my eyes to caring for my body and health. The time when I’d hear friends share information and I’d tune into what they shared. I became fascinated with learning new things. I became invigorated by learning to research on my own and take ownership of my health.

And then another friend shared. And I tuned in because I trusted her. She started a business with a company that prided itself on having cleaner ingredients, she was making a significant income using healthy products, she earned a car with her new company. And I had been praying for a way to stay home, so I called her, asked her to meet me for lunch, and that very day I decided to go for it.

The way I looked at it, I had nothing to lose. Turns out that decision sitting in that restaurant changed the trajectory of our entire lives.

Did you ever see the movie Sliding Doors with Gwyneth Paltrow? I don’t remember anything about that movie except the entire movie was based on the split seconds that can change our lives. The movie showed her life if she caught the train and her life if she missed the train. I think of that often because how many split seconds have altered our lives?

During this season of my life, I worked not only a full time job, but a full time job as a CPA. As in tax seasons where I had no life. I arrived at work before 6:00am, sometimes getting home between 8-9:00pm. I just worked. It was exhausting. I was pregnant with our 2nd child at this time. I tried working at home some. That was harder than going into the office.

I had a nanny for awhile. I had my mom for awhile. I had a friend keep Jacob. He bounced around however we could work it out and afford it. All the while, all I wanted was to be with him. When I got home and heard about all the firsts I’d miss, I felt sick all over again. The ache was so deep I could only pray and beg God to make a way where there was no way.

I started this business that day I had lunch with my friend. And when I say I started, I mean I started. The fact that I worked over 60 hours a week and was pregnant did not hold me back. I fit it in the cracks. I worked with everything in me. I prayed for an opportunity, and when God brought it, I played my role to the best of my abilities.

It was one of the hardest seasons of my life.

I had never been in a “sales” position. I’d never known anything about marketing. I wasn’t good at communicating with people. I’d never been a leader. None of that mattered because God saw all He had ahead of me and used every second of this experience to grow me, challenge me, refine me, and prepare me for where He has me today in this very season. 13 years ago, I knew none of this.

Within 5 months of saying yes to that business with a network marketing company, I’d promoted to the 2nd highest level of the company. I earned the same car my friend earned. I’d replaced my CPA income. I’d built a business that would allow me to work from home. And after we had our 2nd son, I left my job as a CPA.

I share none of this to boast in myself. I did nothing except see the opportunity when I’d been praying. And I worked to the best of my ability. That is all. God did every bit before and beyond.

Here’s the miraculous for me in all of that.

Steve had dreams for his career too. Those dreams would be hard to live out if my job was so fruitful financially we couldn’t move. If a promotion opened up requiring a move, we weren’t able to simply pick up and move and follow his job. But when I left my CPA job, everything changed. 2 years later, we had 2 and 4 year old boys. I’d been staying home for 2 years. We were pregnant with our 3rd son, and Steve was offered a promotion that would require an out of state move.

We were free financially to say yes when that opportunity arose. We were free in so many ways.

Through me saying yes to that opportunity and trusting God through the vigorous process, not only did God give me a way to stay home, He opened up a way to free our family so Steve could follow his dreams as well.

Steve is a gifted leader. Each step of his career, I’ve watched him grow in the gifts God placed in him. If we’d not said yes to my opportunity which seemed so risky and crazy, I can’t imagine what today would look like.

Do you know how crazy people thought I was when I said I was going to join a network marketing company? Do you know how many times I heard, “Those things never work.” “You won’t make it far.” “It’s a scam. Too good to be true.”

I didn’t listen because I fully believed God was leading me. I was trusting Him rather than listening to the naysayers. I decided I was willing to risk humiliation and fail. What did I have to lose? Dignity? It was worth it to me to stay home with my boys.

Sometimes it’s only through the lookback we can so clearly see God’s fingerprints over the journey. While walking it out, it can be scary, risky, embarrassing. But when we know we are hearing God, it doesn’t matter what other people think.

I find myself again risking failure, putting myself out there in front of others, because I believe God is leading me. I’m again building a business with a health and wellness company. All the experiences of the last 13 years have prepared me for this season of life.

So I’m going for it to the best of my abilities. I believe God is inviting me again to trust Him to do something only He can do. To trust Him to use me to lead others into freeing themselves from an unhealthy lifestyle so they can live the abundant life He desires. I believe He’s inviting me to lead others who want to start their own business to join me in this adventure and allow His blessing to funnel through us to His kingdom.

I say all the time, in sharing our stories, we allow each other to find our own stories within. Sometimes the simple act of sharing unlocks something in someone else.

Today if you find yourself hearing God, find confirmation in His Word, just trust Him. You will encounter resistance. You will hear the doubters. You will risk failure. But it’s ok. Even if it fails, it doesn’t mean you heard wrong. Sometimes our greatest failures are the most beautiful gifts. He wastes nothing. Simply trust His leading. Go for it! Freely follow where He leads. He won’t abandon you!

How to overcome the overwhelm, achieve your goals, and celebrate victory