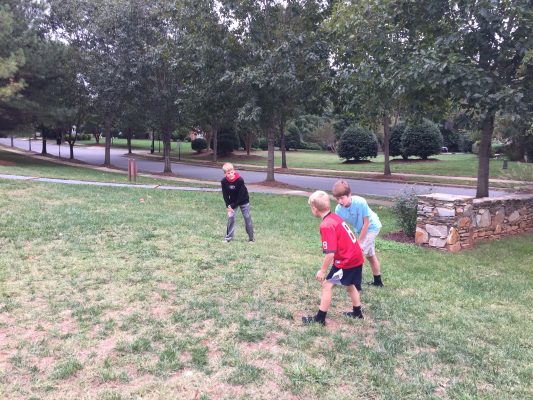 When I was in middle school, all I wanted was to be cool. In my day cool looked much different than it looks today. Cool comes with a cost. Know what you are buying when you make that exchange.

Most middle schoolers want to fit in in such a way so they will not stand out. They want to be cool in their own way. Cool for one may not be cool for another.

The world may say it’s cool to have a girlfriend when you know that having a girlfriend will lead you into areas of temptation you aren’t prepared to fight. All your friends may have girlfriends and say you are weird if you don’t. Don’t believe that lie. The ways of the world are foolish to God. 1 Cor 3:19 “For the wisdom of this world is foolishness in God’s sight. As it is written: “He catches the wise in their craftiness”;

The world may say it’s cool to wear designer clothes and name brand shoes. But God’s Word says in Col 3:2 “Set your mind on things above not on earthly things.”

The world may say it’s cool to watch certain shows and movies or read certain books that are the latest craze. Your friends will stand in lines at bookstores or go to midnight showings. They may religiously watch a weekly show that in your spirit you know something isn’t right. It’s because you know God’s Word tells you in Phil 4:8 “Finally, brothers and sisters, whatever is true, whatever is noble, whatever is right, whatever is pure, whatever is lovely, whatever is admirable–if anything is excellent or praiseworthy–think about such things.”

The world may say it’s cool to use curse words. God’s Word says in Eph 4:29 “Do not let any unwholesome talk come out of your mouths, but only what is helpful for building others up according to their needs, that it may benefit those who listen.”

The world may say it’s cool to talk bad about your friends or say unkind things about people who are different from you. But God’s Word says in Proverbs 16:28 “A perverse man spreads strife, And a slanderer separates intimate friends.” and in Proverbs 21:23 “He who guards his mouth and his tongue, Guards his soul from troubles.”

The world will offer you many definitions of cool, but you don’t need to accept any definition other than the one that aligns to a Biblical standard. You have known the words of the Lord. Walk in truth. Walk with Him. The world will do all it can to show you an alternate path. It will take truth and twist it ever so slightly creating a path that will lead you off the one God has paved for you to walk. It’s what satan did in the garden. He took truth and twisted it creating a lie. If you don’t know God’s Word, you won’t be able to discern between the truth and the twisted truth.

You are His. Here is who He says you are.

Eph 2:10 10 For we are his workmanship, created in Christ Jesus for good works, which God prepared beforehand, that we should walk in them.

1 Peter 2:9 But you are a chosen race, a royal priesthood, a holy nation, a people for his own possession, that you may proclaim the excellencies of him who called you out of darkness into his marvelous light.

Galatians 4:11 So you are no longer a slave, but a son, and if a son, then an heir through God.

During your middle school years, you will look for where you fit in. You will seek to find your worth and value in friends, academics, sports, all kinds of areas. Your friends don’t complete you, your grades don’t make you, your talents don’t define you. These are simply gifts from God. Enjoy them, delight in them. Thank God for them. But don’t let them become who you are.

You are a child of God. As a child of God, you are free. Totally, completely free. Free to walk in the Spirit. Free to live released of the pressure to be a certain way or to walk a certain line. You are free to be the one He created you to be.

This is why it’s ok for everyone to not like you.

My prayer for you is that you seek to be like Jesus who didn’t get in with the cool crowd. In fact, he was radical and forever changed the world.

Anyone can be like the world. It’s takes courage and strength to become the man of God He wants you to be. Walk in your calling. Be who He created you to be not who the world says you are. You are a child of God. Only God can define you.

The Noise of Social Media and the Silence of God