You are here: Home / protect freedom

I have a story to share and a point to make. Stick with me. 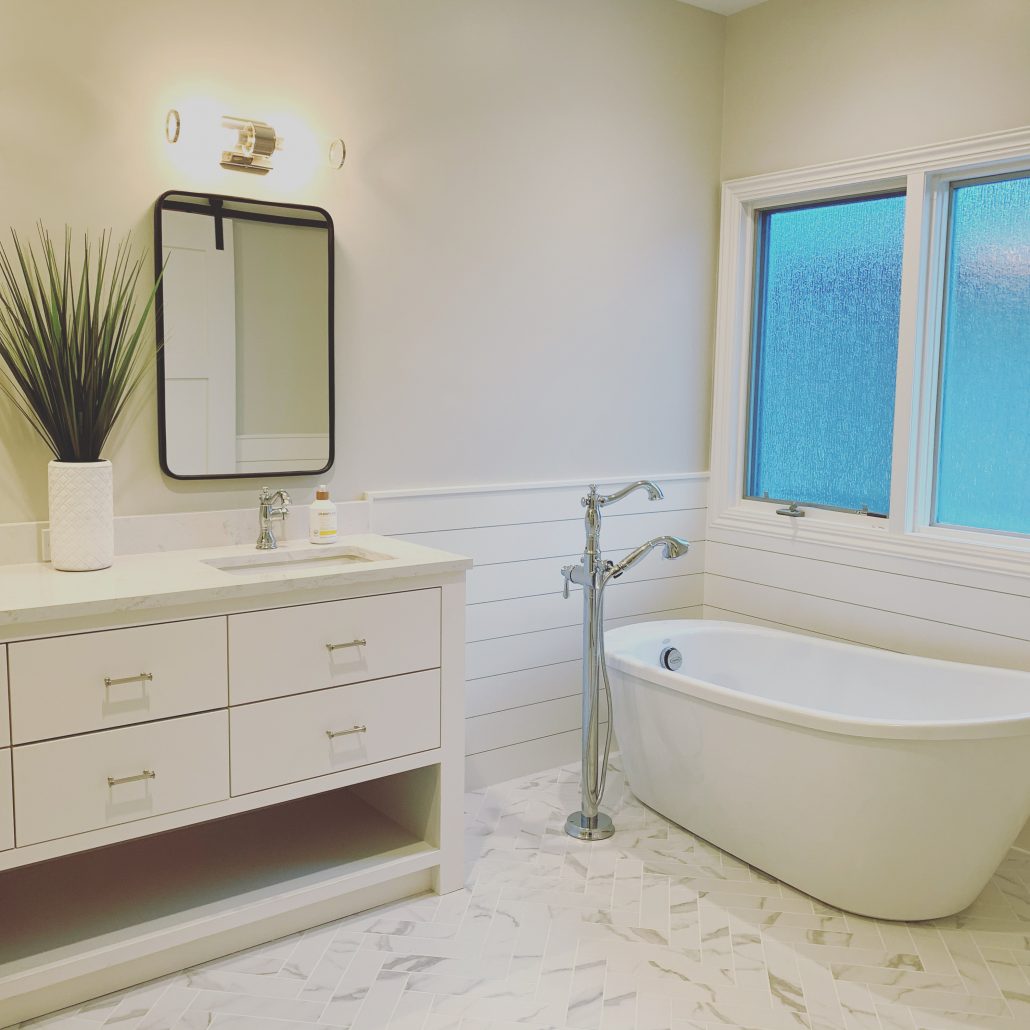 After 3 months of undergoing a full bathroom renovation, I anxiously anticipated my first bath in the new tub. The tub is much smaller than our previous so it filled quickly. I stepped in and instantly hopped right back out. It was scalding hot! The water didn’t feel terribly hot from the spout. As it filled, the water temperature seemed not a big deal. But enough of that in the tub created an environment I wanted no part of. I realized I’d have a learning curve with our new settings.

By the time I took my second bath, I’d learned my lesson. I adjusted the temperature handle much lower. I stepped in. The water was much cooler than I prefer, but I could sit in it comfortably. Sitting in the cool water, I adjusted the temperature as it filled to much hotter. Because I was comfortable and had accepted how it felt, I could tolerate it. I stayed in while the too hot water was added. As the temperatures mixed, the water warmed rapidly. But I was already comfortable in that water so felt no need to hop out as I did when stepping directly into that too hot water only one short bath ago. 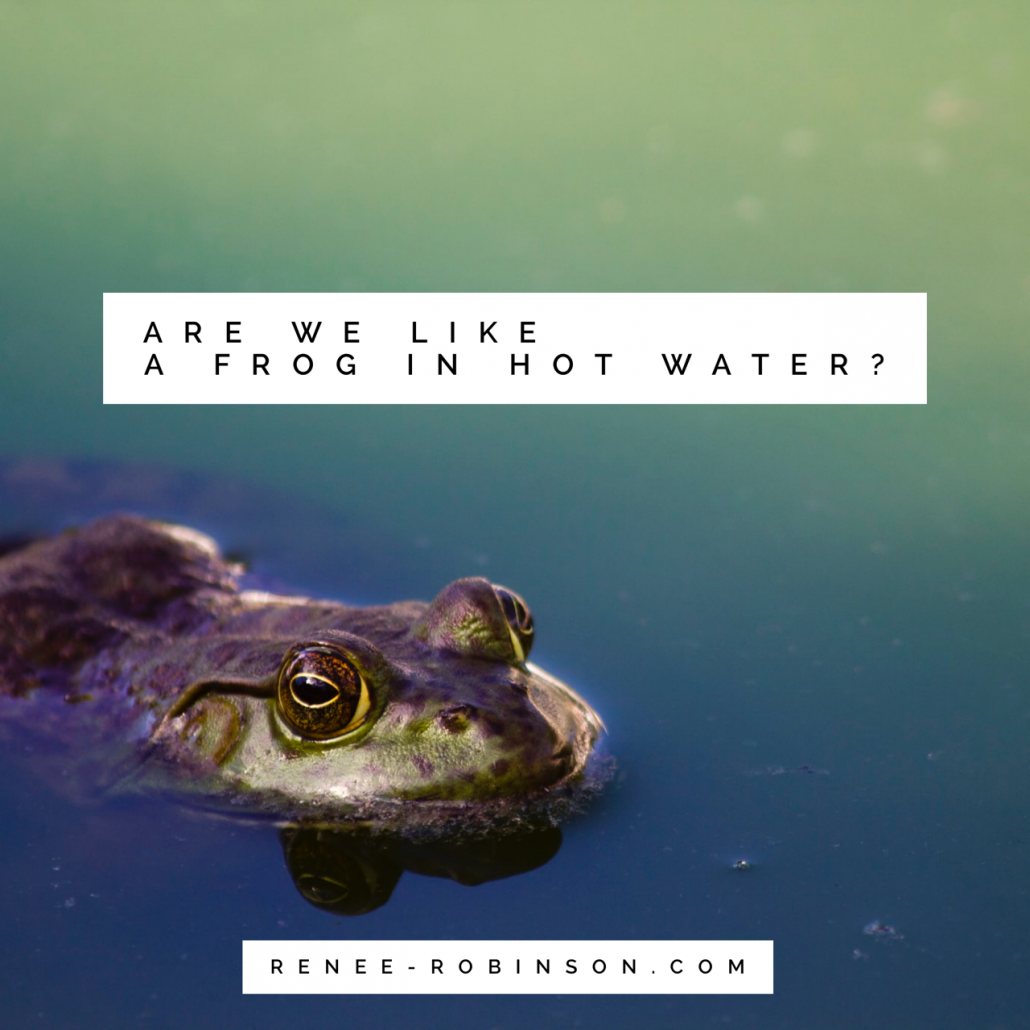 As I soaked, I envisioned the frog analogy we all know quite well. If you want to cook a frog you don’t put him directly into boiling water because he will sense the danger and jump right out. Instead put him in a somewhat comfortable environment. Make him think he’s safe. Then slowly increase the temperature on him. Before he has time to realize he’s in danger, he’s cooked. You trick the frog.

My nature is the opposite of a bandwagon jumper. When I see the masses go toward something, my inclination is to pause and assess. At the same time, I’m not rebellious. I’m very much a rule-follower. Over the years I’ve realized God has given me a strong sense of discernment. It almost feels like an internal alarm that begins to sound. When it sounds, I have learned to pay attention.

I’ve also realized that some people lie. Some people have evil motives and agendas. People are human, so they can make severe mistakes even with no poor intentions.

But what I’ve really learned in the last several years is that spiritual warfare is more real than you can imagine. And if our eyes were opened for 5 seconds to what happens in the realm we can’t see, we’d be shocked silent. Or shocked to the point of being unable to remain silent.

That’s kind of where I am these days. My discernment alarm has been sounding for awhile. God began to wake me up to a few things in 2015, but I got comfortable again and stopped really praying or caring quite honestly about what felt so pressing in 2015/2016.

Do you believe in good versus evil? If so then you will understand what I’m sharing here.

In the commentary of my CBS bible study workbook there is an apply what you’ve learned section which reads:
“All that is necessary for evil to triumph is for good men to do nothing” (Edmund Burke). Evil (and satan) must be actively resisted, or it will take over any earthly territory that is not claimed by Christ and His followers. This is true not only in the world around us, but within our own lives. If we do not submit ourselves to God (James 4:7), the devil will not flee-he will hang around harassing and enticing us. We should not allow ourselves to be complacent regarding evil, “so that we would not be outwitted by Satan; for we are not ignorant of his designs: (2 Cor 2:11).”

Satan has schemes and plans. And part of that is to steal freedom, to make us slaves through this physical realm, but ultimately slaves to his desires.

Christ came that we should be free. God has never shown that freedom should not be a goal. He led His people out of slavery into the promised land. Christ came to set us free from death. Galatians 5:1 says “It is for freedom Christ has set us free. Stand firm then and do not be burdened by a yolk of slavery again.”

We are in information overload right now. We each bring to the discussion various perspectives and sets of knowledge and experience. We each carry different burdens to bear. My prayer is that we see our national and world situation with a common goal – the absolute best for humanity.

The burden I seem to bear these days is a call out to awaken our nation to stand for our freedoms, our civil liberties, which people fought and died for. Jesus died for my eternal freedom. Americans have died for our national freedoms.

What I see happening is us sitting in lukewarm bathwater, comfortable enough, accepting a new normal, while the temperature is increasing as freedoms are removed one tiny chip at a time.

Remember this famous quote by Patrick Henry: “Give me liberty or give me death”? Why do you think he said that? Maybe because life without freedom isn’t life at all?

Right now fear is leading many of us. We are isolated, which is a common tool the enemy uses. When I started homeschooling, I felt isolated and entered into a depression that lasted several weeks. Satan tormented me. A close friend told me to get out and reconnect with people so satan wouldn’t be so influential in my thoughts.

We are at war, and we must realize it. We’ve always been at war. Satan never stopped fighting for what he wants. He comes to steal, kill, destroy. Why do you think God tells us this in the Bible? Why do you think we are told in Ephesians 6 to put on the armor of God?

I can’t sit back and watch satan advance. Jesus may come today or in 1,000 years. For each breath I have, I want to advance the Kingdom. To advance, someone must retreat or be pushed back.

Ask God what your assignment is. He will tell you. We won’t all have the same assignment. Together, united for His Kingdom, freedom wins.