Tag Archive for: which path to choose

You are here: Home / which path to choose 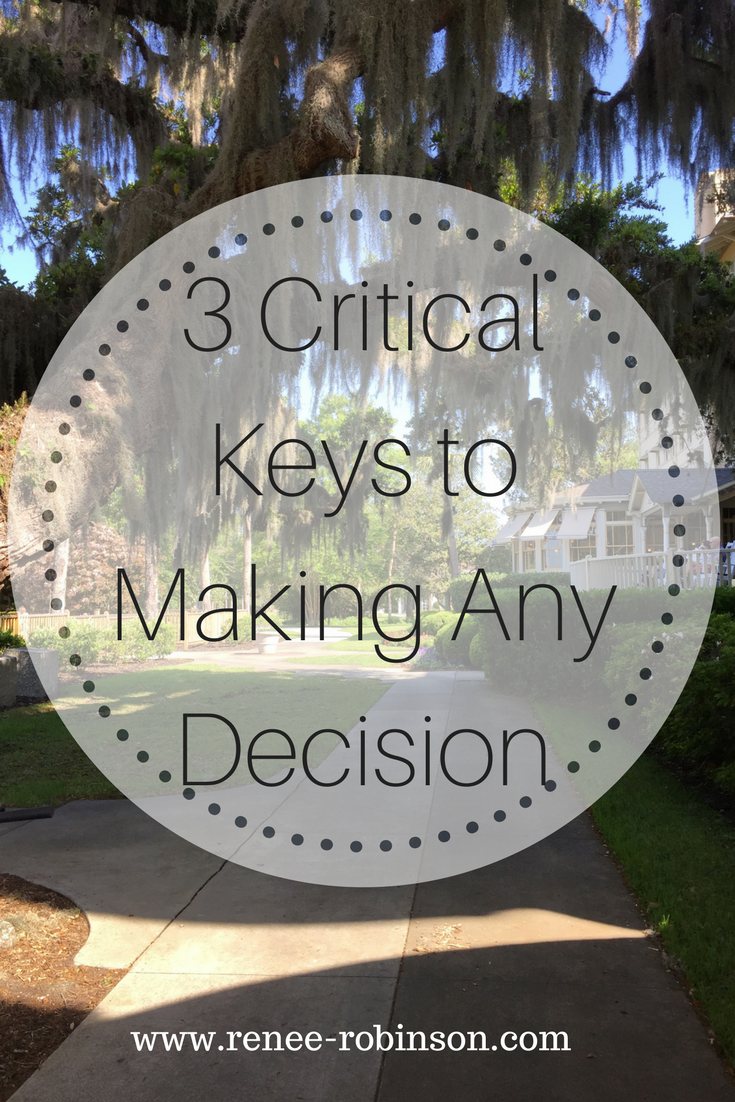 When I face decisions which feel they can alter the trajectory of my life, anxiety reclines nearby. In the past I’d become consumed by making the absolute right and perfect choice. Beyond the pros and cons list, I’d play out scenarios in order to see which picture seemed most clear. Fear often spoke through these list-making sessions.

The haunting question was, “What if I make the wrong decision?”

The fact is we make hundreds of choices each day impacting the direction of our lives. We typically don’t see how big the small choices actually are.

When I choose to tell the truth rather than lie, I’ve invited righteousness to rule rather than the crushing hand of the enemy to direct my life.

When I choose to eat the broccoli rather than feast on doughnuts and soda, I’ve invited long term health rather than short term cravings.

When I choose to wake up 20 minutes early in order to read my Bible, I’ve chosen to give the first of my day to the lover of my soul rather than giving myself over to the race of life.

When I choose to hold my tongue, which is fighting to lash out, I’ve invited peace rather than chaos.

The little choices are pretty big. How do we live in our small moment choices? Are we choosing well?

But then…there’s the big ones.

A few years ago I heard a Focus on the Family episode which changed how I viewed the bigger choices in life that created extreme anxiety over choosing the absolute right one.

The guest, who I can’t remember now, said something to this effect, “God is less concerned about which path you choose than He is about who you become as you walk along that path.”

He clarified that this is when we are facing choices that are moral and in accordance with God’s will. Which job should I take, which house should I buy, which college should I attend. The choices that align with God’s will but scare us because we can’t see down the path and we want to be exactly where God wants us to be.

The statement the guest on Focus on Family made brought a deep, cleansing breath to me. It felt as if I’d been freed from the impossibility of solving life’s great mysteries. I could walk the paths I choose with confidence that as long as I’m hand in hand with God, all is well.

Buried somewhere deep inside me was this great big lie that God was standing far above me watching me squirm through the decision making process. Wringing His hands hoping I solved the puzzle and chose to walk through the door that held the prize. I would never confess that even to myself, but if I’m totally honest, I believed that God held the right answer and failed to show me which way to go. As if He was way up in the sky saying, “I hope she gets it right.”

This is such a twisted, distorted view of God. I believe it’s right in line with the view the world tends to hold of Him. Few will admit to holding views of God that are completely off-base.

The liberating statement from this Focus on the Family guest revealed to me thought-lies I harbor about the character of God. I realized that I did actually believe God withheld the right choice from me in hopes I’d get my act together and pick the right path. I also realized I must not be alone. If this guest spoke to Focus on the Family about this, I’m not alone.

Last week I read in 1 Samuel 30 a story that I find myself continuing to think about. David and his men arrived to a town to find that the Amalekites had attacked and kidnapped everyone there. They’d taken all the women and children as prisoners. When David and his men arrived to discover what happened, they wept. David’s men were mad and bitter. Verse 6 tells us that David drew His strength from God.

At this pivotal decision making point, David refused to turn inward to himself and his natural strengths and abilities. We are told in a moment of crisis, David turned to God and found his strength.

David’s very next move after finding strength IN God was to inquire OF God.

In verse 8 David asks God if he should pursue the enemies and rescue their people.

When I read this I was struck by this question. If I’d been David I might have skipped the step of inquiring of God. Wasn’t it obvious what they were to do? Shouldn’t they go after and rescue the ones taken from them? Wasn’t that the logical choice?

But David, a man after God’s own heart, trusted in God so much that he didn’t look to the natural and logical to make a decision. He looked to God.

David listened to God’s response. God said pursue them because you will overtake them and rescue your people. This gave David the confidence, courage, and peace he needed to go this road.

When we practice the  “from, of, to” we move down any path we take with confident courageous peace. Some paths and choices we must stop and determine His will. We receive strength from Him, inquire of Him, and listen to Him.

When it’s paths that all align with His will, it’s a matter of seeking clarity then moving with confidence that we will walk with Him, not ahead of Him. Along this path we will become more like Him day by day.

He’s so much more than we give Him credit for.

Do you find that you, too, harbor lies about God deep inside? Lies you may never voice to anyone and you only recognize when you see how you react and respond to people, decisions, or situations?