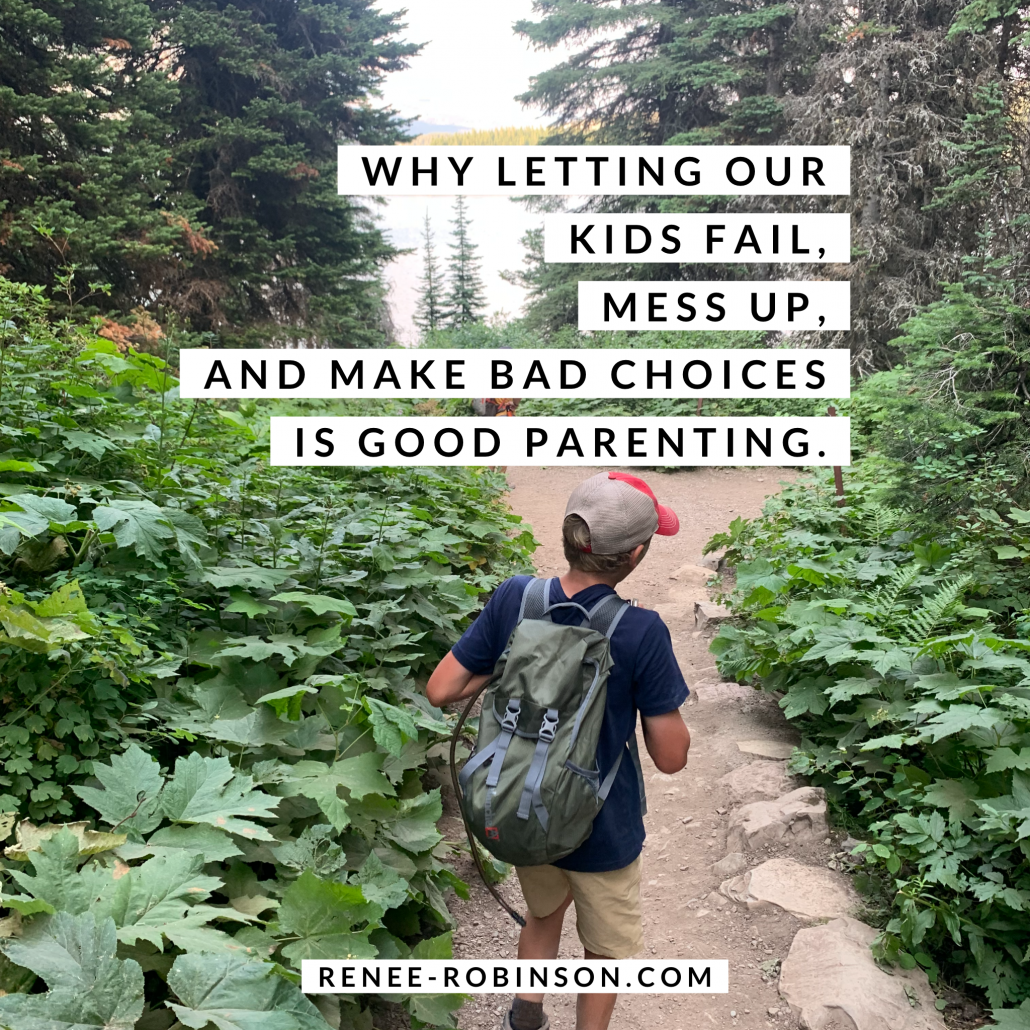 What if good parenting isn’t exactly what we think it is?

What if good parenting means:

What does good parenting look like today? There is a term I despise: “adulting.” I’d like to eliminate its usage forever. I’d love to see our generation of kids transition from kids to adults little by little without this chasm of kid today, adult tomorrow.

I believe how we parent in the arena of failure can help us raise adults who understand being an adult is a privilege and a gift rather than a curse of “adulting.”

I’m the mom who let her first grader forget his lunch at home and didn’t race back to the school to bring him one. I received a phone call from the teacher to see if I’d like to bring him lunch. We lived 30 minutes from the school. I’d already been in the car an hour. That would be another hour. Then another for pickup. He wouldn’t starve. He had begun developing a habit of forgetting, and food was important to this kiddo. He survived the day and never forgot his lunch again. To this day he does an incredible job of remembering his responsibilities.

I’m the mom who let her 3rd grader leave the house without a coat when it was 35 degrees because he insisted he wasn’t cold and he didn’t need one. I received a call from the teacher that he wouldn’t be allowed to play outside without a coat, and I gave my permission for him to be cold. He knows how to grab a coat with his backpack. This wasn’t a forgetfulness or a failure. He simply made a choice and was happy to live with the consequences of being cold. I decided I would be ok with that.

As our children are growing, they will make many childish decisions. This is normal and more than ok. When we allow them to make a wrong choice, we help them learn how to make better choices in the future.

When we jump in and tell them how to choose or what to do, we are sending a message that they are incapable of making good choices. We also send a message of fearing failure. By not allowing them to fail, we tell them failure is bad and should never happen, which can lead them in the future to fear making wrong choices to the point they always need others to help them.

My first boss would tell me in each review the area of growth to focus on was my decision making. I was so terrified of messing up that I would simply not make a decision and would go to others to find the answers. He told me he’d rather me make a wrong decision than become stuck in indecision. It was so freeing to know I had permission to mess up.

Likewise, we can tell our kids they have permission to fail. Free them up to fall and know that we will be there to help them back to their feet. Failure is often the best teacher.

Failure should not be something our kids fear. Instead it should be something they learn to learn from. Failure is normal and they should understand it is part of being a human.

We tell our kids over and over that we expect them to fail, to make poor choices, to mess up because they are human and are not perfect. We explain our hope for them is to learn to make good choices and learn to take advice in the process. A teachable spirit is of great value.

Now, this doesn’t mean we give children the ability to make decisions that we know could/will bring danger, harm, or life-altering circumstances. They can’t choose to not wear a seatbelt. They shouldn’t choose to become a boy when God created them a girl. They can’t choose to run in the street or with scissors. I’m simply referencing the simple choices that would only bring discomfort without changing their life.

Recently, I was the mom who let her son go to a pool party with no sunblock because he insisted he didn’t need any. This child rarely needs sunblock because he spends a great deal of time outdoors. I tried to warn him that swimming with a shirt off would invite a stinging burn. He was adamant. I made a decision to back off and let the natural consequence become his teacher.

He came home in pain. In fact, so much pain that he was unable to go to baseball practice or play golf with his dad and brothers the next evening. Initially, he refused to admit I had been right in instructing him to wear sunblock on skin that never sees the sun. But as the pain wore on throughout the day, his pride lost its footing and he admitted he should have taken my advice.

The last thing I wanted was an “I told you so” experience. But sometimes it’s the only way for a person to truly learn what is best for them. I explained that I only want the very best for him so when I give advice or loving instruction, it is just that…..loving and kind. It’s never meant to keep him from fun. It’s nearly always for his protection and good. Because of my age and experience with painful burns, I can see what he is unable to see.

I am reminded how God in His loving protection of us desires only our good. He instructs us with guidelines to follow in order to keep us safe and well. He sees what is impossible for us to see. When He warns us to stay away from something, it’s not to prohibit fun and enjoyment, it’s to keep us safe and well. But how often do we put our hands up to Him telling Him we know what is best and go our own way?

“So I gave them over to their stubborn hearts to follow their own plans.” Psalm 81:12

No good and loving parent enjoys watching their child suffer. However, suffering is a part of life. Often suffering comes at the hands of our own choices and decisions.

What prevents parents from allowing kids to fail?

Many parents in our current parenting culture refuse to allow their kids to fail for many reasons.

Regardless what the reasons are, it is for the good of our children to allow them to fail, to suffer, and to experience the consequences of their actions and choices without swooping in and saving them. It is part of our civic duty to raise responsible adults. And it is part of our God-given role to love them through their entire journey.

For more on the power of failure, read Dear Son, Why I Want You To Fail and Dear Boys, Why I Can’t Rescue You From Your Problems

Also, in case you missed my announcement, I’m closing my shop! All items on clearance while supplies last. Shop now and stock up for later when they are gone for good! Shop here. 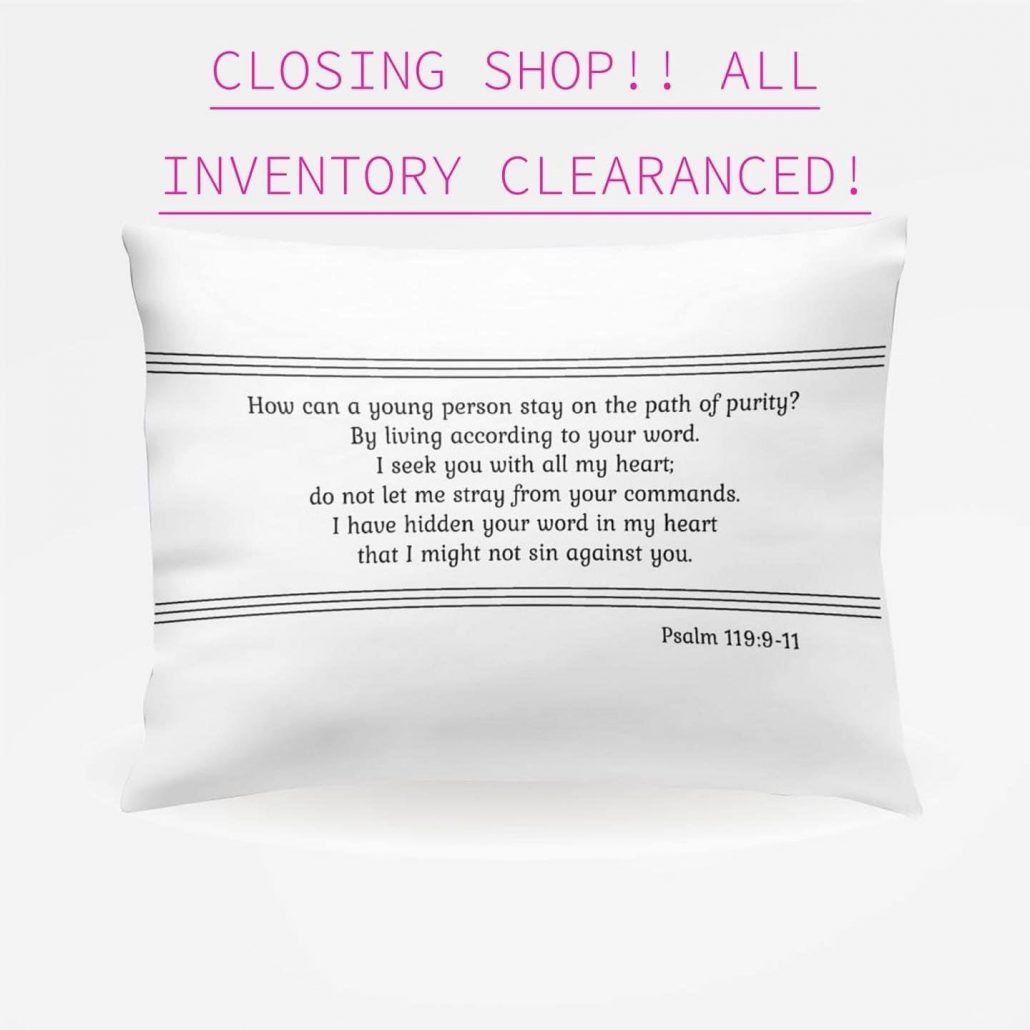 My job is not to make my kid’s struggle easier.

My job is to lean in and point them to the cross.

The struggle is real.

Life is a struggle. If we as parents continue to step in and right their world and make everything fair and perfect, what a disservice we offer them in the long run. Because ultimately we are creating a false sense of reality for them.

In my fierce attempts to protect my child from failure, mistakes, unfairness, and hardship, I elbow Christ right out of the way. I step in and say to the One who wants to be my child’s Comforter, Defender, and Rescuer, “I’ve got this. I’ll smooth this path for him and make it all better.”

Sadly, Christ is left out. Our kids aren’t pointed to the cross. Rather, they begin to see the world as a place that is supposed to be fair and good to them. In reality, this world is fallen and broken. In God’s mercy and love, He sent His son to make it all right. And on this earth, we won’t experience perfection and goodness in all situations. This is when we turn toward Him in faith and say, “I trust in You. You love me. You care for me. One day I will stand with you in eternity and see the world as it should be.”

I had a friend tell me stories of parents calling him when their adult children didn’t get the job. They wanted to know why their child wasn’t chosen. Parents calling the coach and demanding their kid be placed on a team they simply weren’t cut out for. Parents racing to school after the child left homework at home. AGAIN.

It is ok for our kids to struggle. It’s ok for them to fail so they can learn. If we consistently rescue them, how will they ever grow strong?

It’s hard to watch our kids struggle. But if we don’t let them now, while we can talk them through it, they will not be prepared when it really matters.

7 years ago I wrote a post about the importance of struggle. I shared a story in which I struggled to allow my child to struggle. 7 years later, I believe in this more than I realized I would. Click through to read that post with me. The Struggle with Struggle.