Home
You are here: Home / Everyday Faith / When death and life happened at the same time 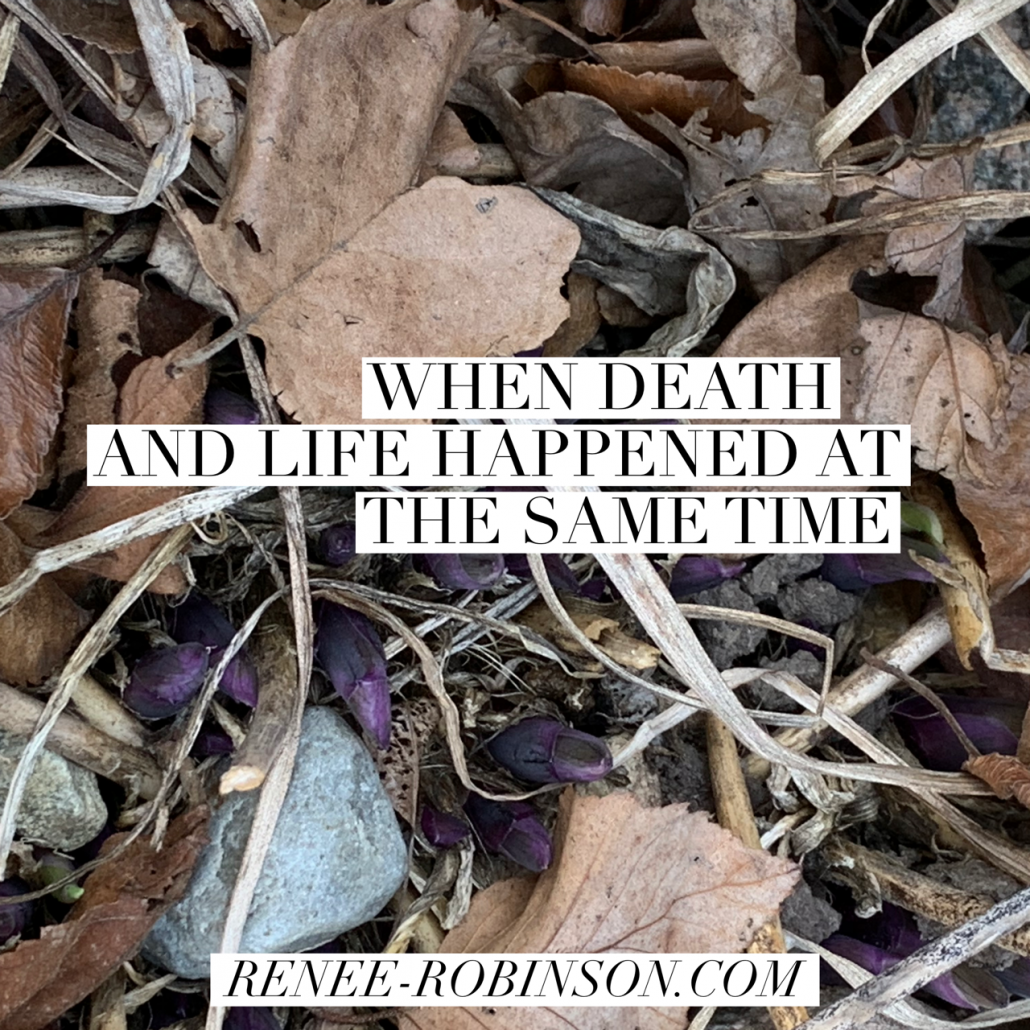 About a month after moving into our Nebraska house years ago, in a hot second, all chaos broke out as one of our boys began crying out that dead bunnies were in our backyard. It all happened so fast. Boys screaming and crying. Us trying to figure out what killed all the bunnies. Seeing blood on our sweet dog’s face. Us screaming at the dog. The confusion of how something like that could happen.

Then one of my boys began to cry as he relayed the sadness of the mama bunny nearby watching all her babies die. He was t0rmented by the sound of their death. To Bristol’s ears, it was nothing more than a squeaky toy he might play with on any given day. To us, it was pure sadness.

A nest of bunnies lived in the protection of one of our hosta plants. A freshly sprouted and blossomed spring hosta. A place of new life, for the plant and the bunnies. And in a second’s time, death happened where new life lived.

I associate that particular hosta with the death scene of that day I wish I’d never seen.

Spring arrived this year as it faithfully does. I walked by this site and stopped. In the middle of the dead from last year, new growth sprouted. It happens every year. We know this. But I felt the Lord remind me that I can focus on the death or I can focus on the new life.

Christ had to die before He resurrected. We celebrate His resurrection power every day we take a breath. I ponder His death. But daily I raise my heart in praise over His resurrection.

How often in my life am I focused on the death of something rather than the life produced later?

When God renews something in my life, I typically find something had to die first. A sin pattern perhaps. An idol. A false belief about who He is. Something died to make room for the life God desired to grow inside. If I stay focused on what died, I fail to celebrate what lives. I miss out.

I see this in relationships at times. They change over time. We change. People change. Life shifts. Parts of us die. Parts of us are refined or renewed. In the process this can be painful as we look back at how things “used to be”. Sometimes we realize that something has died and will never be again. Despair enters when we fail to mourn and then look at the new growth opportunities taking place.

So God reminded me to focus on the life blooming before me rather than the death that took place first. For too long I see that spot and think death. Yes, death happened, but new life comes over and over with each year.

When a relationship or situation shifts seasons, maybe it’s time to properly grieve what we’ve lost. And then. Open our hands to the new thing giving birth. Sometimes in that very same relationship or situation. Sometimes in something completely new altogether. Wherever our paths lead, if we are holding hands with Jesus, we can trust He will keep us steady along the way.

How a simple song can shift everything

How do you handle when someone else gets what you want?
Scroll to top